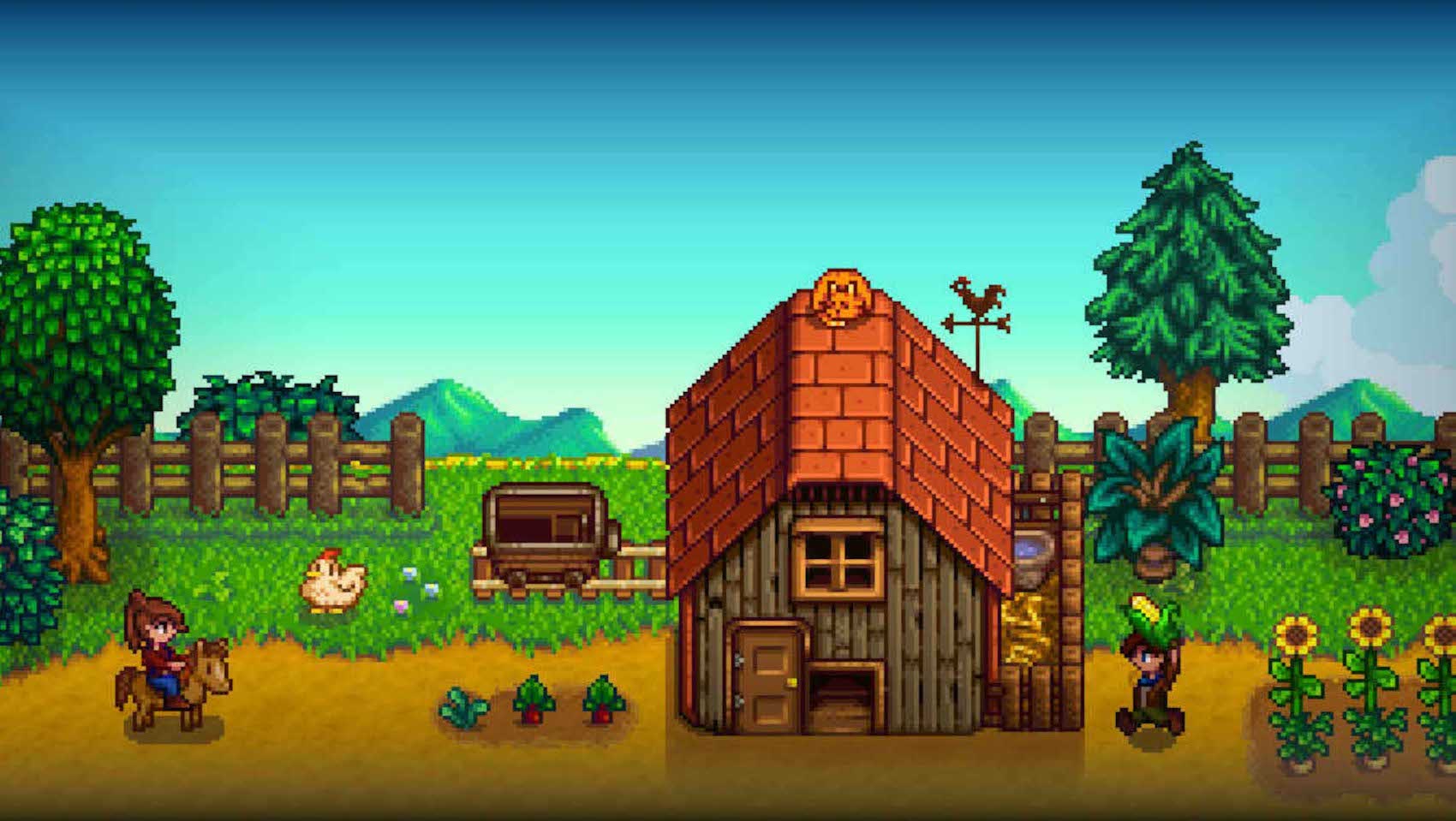 A Taste of Stardew Valley Update 1.5

Eric Barone aka “ConcernedApe”, the man who single-handedly brought Stardew Valley to life has recently been teasing new features and content that will be shipped in Stardew Valley update 1.5!

While a release date has not been announced, and is not expected anytime soon, this did not stop the dev giving us a sneak peak at what’s in store for update 1.5! Although nothing major has been directly revealed, read on until the end where we will hatch some theories using all the clues and try to piece together where this boat is headed!

Update 1.5 is out! To jump to the theory review Click Here!

“A significant piece of endgame content and much more!”

This picture was posted along with ConcernedApe asking if anyone notices anything different with Willy’s shop. In the same post he states that Stardew Valley update 1.5 will “add a significant new piece of end-game content and much more!”

In the picture, a new door has appeared behind the counter in Willy’s fishing shop. It is unclear if this is related to the new piece of end-game content or if he was speaking more generally.

A few players have speculated that since the shop is located on a pier, we could potentially get access to a boat that could be part of a new end-game activity or even take us to an entirely new area!

ConcernedApe gave players a choice of four new crops that they could vote for. The winning crop of that poll would be implemented into Stardew Valley update 1.5. The crops included were Avocado, Banana, Mango and Passion-fruit And after a tight race between mango and banana, banana eventually pulled ahead and won by 1.3% over mango.

Now, there are a few things that immediately jump out as new here. For starters: we have trees in water; ducks swimming; and a player sitting in a chair. Let’s go over what all this means and speculate.

The trees in water could mean there is a tide system. as a result different things could become available based on the tide. This could possibly go even deeper and be part of a moon cycle which could extend this system’s reach beyond just the shoreline.

The ducks swimming in the water could possibly provide a free source of food (I’ve never seen a duck eat a diet of just hay and grass so this would make sense) and possibly increase its heart meter as if being petted. This would be nice, since you would not be able to pet them if they were in deep water, as one of them are in the picture.

The player sitting on the chair implies that we can now place furniture anywhere in the world. As a result our ability to decorate our world has just gotten WAY bigger. Now that chairs can actually be used, it is possible that sitting will regenerate some stamina like the spa, but to a lesser effect.

But there are a few more details that this picture reveals…

My Theory for Update 1.5

So, now to make a prediction on what Stardew Valley Update 1.5 will be (at least partially) about. Let’s analyze the hints one by one!

Conclusion: Picture 3 is taken on a farm! But hold-on… there is sand, and they are fishing on a beach? Even if it was a new farm map, it wouldn’t make sense for there to be a beach in the middle of the world map (where the farm is always located).

So, if we aren’t at the farm, where else on the map could we be that has sand and water? We are running out of space for the next area. However, we do seem to have a lot of space on the bottom right of the map. In the ocean… conveniently close to Willy’s Fishing Shop. So let’s say we have a second farm on an island in the ocean. Now we just need a way to get there.

This is where the door in Willy’s Fishing Shop could become relevant. My theory is that it may allow us to access a boat that will grant us passage to the island.

But what would be the reason to have a secondary farm? This is where the new crop we voted on comes in. It turns out that the four options had one thing in common: in the real world, they all grow in tropical or subtropical climates. What is more tropical than an island in the middle of the ocean? While I believe there will be more to this new farm than just one new crop, it seems likely that bananas will be much easier to grow, as well as be a lucrative source of income!

NEW INFO: ConcernedApe has just posted a new image showing local co-op as a 1.5 update feature! Players will now be able to team up with their buddies from the comfort of a single couch! It looks as though console will be able to support up to 2 players, while PC will support up to 4!

In keeping with ConcernedApe’s tradition, more clues are hidden in the screenshot! The biggest being that we can see that this farm is 100% located on a beach. We can see that the ground is sand, and that there is a starfish. This a huge boost to our tropical island farm theory, as there is currently no farm in the game has beach-style sand.

In addition, we can also see a few new objects on the farm. First we have a new chest design (the green and gold one). It is unclear if this is just a different look or if it will have different functionality (perhaps it could be linked to another chest at the home farm to transfer items?).

Next we have a red telephone. Again, it is unclear whether this is just an aesthetic piece or if it has actual functionality.

We have some kind of a bone kiln outside of the shed; three strange dark boxes in the top middle of the image; and some kind of wooden basin near the crystalarium in the bottom right. Because these are items are placed in what is clearly a crafting area, I think these objects are more likely to have functionality. Other than the bone kiln, which makes me think that perhaps there may be a new activity where you dig up bones, the purpose of these objects largely remains a mystery.

Last of all, we have a strange object with what looks like a solar essence on it. If you look closely the sun shape is actually slightly different to the solar essence item which is dropped by some monsters. Perhaps this island is plagued by tropical storms (note the lightning rods in the picture) and this sun shrine somehow wards the bad weather off.

Keep in mind that this is just my theory on the upcoming update, and it may be completely wrong! However, only time will tell!

Now that Update 1.5 is out we can see if any of this was correct! Check out my theory review video below. In it we go over every point mentioned in this article and reveal every mystery!