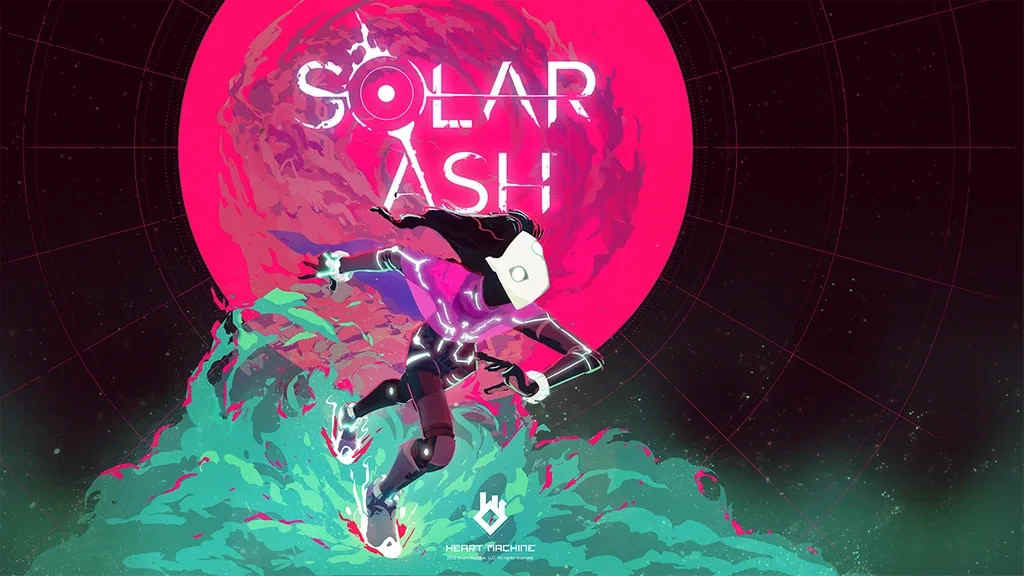 Earlier today we got an unexpected surprise during the PlayStation “State of Play” broadcast where we were given the very 1st gameplay footage for Solar Ash as well as some new info.

In this article we are going to analyze the footage and see if we can gleam some new information, or at least make some educated guesses about Heart Machines newest game, Solar Ash.

We start off with a scene we’ve been shown before. This appears to be the start of the game, where our character first enters the black hole that is the Ultravoid.

As we already knew, our character uses skate like movement to traverse, we are also told that we move at even greater speed when traveling over ash clouds.

We also can see that we will be collecting a red blood like substance, this will perhaps be used to purchase ability upgrades or something similar.

here we see a giant structure which appears multiple times in much of the footage, in this shot however we can see it has a bar with 6 notches on the side that is being filled. keep this in mind for later.

We are told the main character is a girl named Rey. The ultravoid consumes everything in its path, and Rey’s mission is to enter the void and try to save her planet from destruction.

We are shown a variety of new moves throughout the trailer.

There also appears to be health pickups which share the same color pallet hyper light drifters health pickup did.

The melee combo seems to be 3 hits just like the drifter in hyper light drifter, this time around however we can attack while moving or even while in mid air

We are told some creatures will require speed and precise timing to defeat, based on the footage it looks like we will have to hit weak points within a certain time limit before they reset to finish them off.

Speaking of large creatures. Below we see a sentinel. Giant creatures that hold the key to unlocking Rey’s quest. Note here the large structure is back. My theory is that each time we kill one of these huge bosses, we will progress the bar on the structure. I’m unsure if there are multiple of these structures, perhaps there could be 4 similar to the pylons in each zone in hyper light drifter. But once these are all fully charged I think this will activate the devices and either nullify the Ultravoid completely, or teleport Rey’s home planet to safety.

We still did not get an exact release date for the game. However we did get a confirmation that it would be later this year.

As a huge hyper light drifter fan I cannot wait to get my hands on this title. It looks like we are going to get a much faster paced game with that unmistakable Heart Machine aesthetic we all love.

Original Footage: game designer Alex Preston talking us through it!