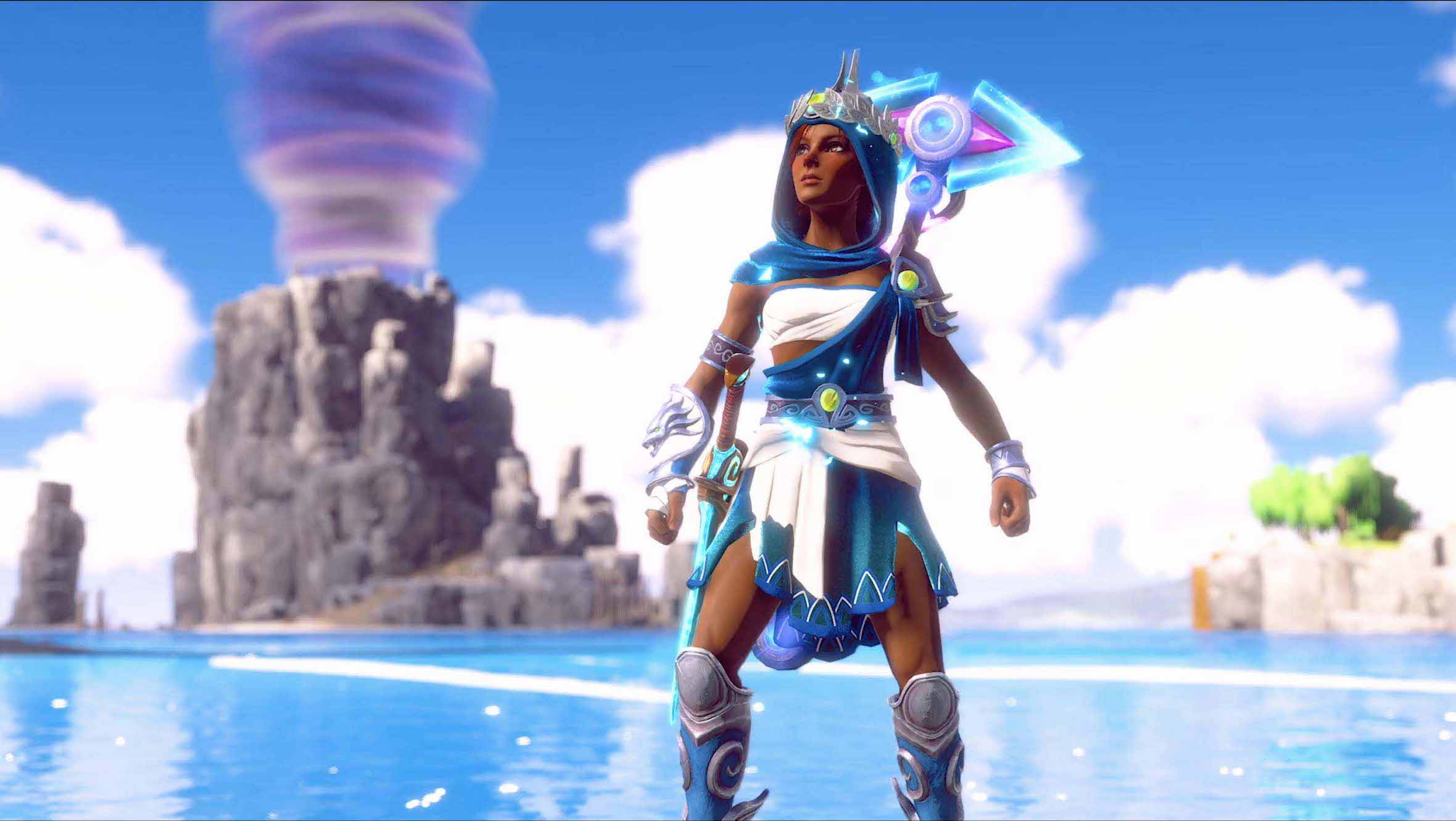 Larian Studios is coming out with the third entry in the Baldur’s Gate franchise, Baldur’s Gate 3. Baldur’s Gate appears to be what you get when you take a much more dungeon and dragons approach to a looter ARPG. All the way down to dice rolls and turn-based mechanics, with deep, meaningful choices to be made at every turn.

Baldur’s Gate 3 is slated for release on September 30th on PC and Stadia.

Blizzard’s legendary MMO – World of Warcraft, arguably, the biggest game of all time is releasing its newest expansion and fans are READY.

Sylvanas has ripped open a doorway to the darkness and a passage to the afterlife with a single act of destruction.

With Shadlowlands, there will be five new zones as well as a new feature where you will align yourself with one of four Covenants. These mysterious sects all want to restore balance to the hereafter and each have their own ambition for the Shadowlands.

With the Covenant’s Sanctum, you’ll have access to unique quests, a covenant campaign, and will be able to join friends on important missions, earning you unique abilities based on your Covenant and class.

You’ll also receive a unique mount and unlock further ways to customize your skills and appearance.

Shadowlands is available now for pre-purchase and will arrive on PC at 4 PM PDT on October 26th and 12 AM on October 27th in Europe.

The latest entry into the Watch Dog’s franchise is an action-adventure game in an open world depicting a fictional near-future London.  You will see familiar watch dog mechanics alongside a lot of new and interesting ideas. Perhaps most interesting is that you can bring random world NPCs into the team with their own set of abilities

Ubisoft’s Watch Dogs: Legion is slated for an October 29, 2020 release on PC, PS, Xbox and Stadia.

The highly anticipated RPG developed and published by CD Projekt Red, the developer behind such titles as The Witcher and Assasin’s Creed.

If we had to pick one game on this list we think has the greatest appeal across all genres and platforms, Cyberpunk 2077 is the one.

Now, it goes without saying the hype surrounding this game is unreal. It isn’t even out yet and it’s already won over 200 awards. From the character customization, different life paths, weapon variety, and more, I think it’s safe to say we’re all looking forward to exploring what Night City has to offer.

Cyberpunk 2077 is scheduled for release on November 19th and will be available on PC, Xbox, Xbox One, PS4, and Google Stadia.

Over the last decade, we have seen a hunger for more Diablo inspired ARPG games, and we’ve seen a number of different studios try to answer the call. Fans of the Diablo inspired ARPG genre will be excited to hear about another entry being added to the list. Torchlight 3 comes in attempting to put its own spin on the classic formula with what looks to be some pretty innovative ideas.

The game is currently in early access, planned for release on PC, Switch, PS, and Xbox later this year.

Techland’s first-person action survival game in a post-apocalyptic world infested with a mysterious virus is finally getting a sequel.

In this open-world corpse of a city, resources and power are scarce, the choices are tough and the combat is brutal as you navigate through violence and terror, surrounded by zombies.

Fifteen years after the virus, this infected world goes from bad to worse as you battle bandits and factions by day and the undead by night.

You can also order Dying Light: The Following, an Enhanced Edition to take your gameplay to the next level. The fate of the city is in your hands…
Dying Light 2 is set to release sometime this winter on PC, PS4, and Xbox One.

The latest entry into the Assassin’s Creed franchise is described as an open-world action-adventure game centered around the Viking invasion of Britain.

Ashraf Ismail returns as the creative director, having previously led work on AC Origins and Black Flag. It’s possible we may see some elements from these previous entries return. Personally I enjoyed sailing the sea in Black Flag and look forward to seeing what they come up with for Valhalla.

Ismail expects there to be comparisons to God of War, but where God of War focuses on mythology, Valhalla will focus on historical accuracy.

As someone who really enjoyed the latest God of War entry, I am excited that this game might have taken some inspiration from it.

Ubisoft’s Assassin Creed Valhalla release date has been brought up a week to November 10th, 2020 release on PC, PS Xbox, and Stadia.

Nintendo’s “Breath of the Wild 2” may still be in development, but to hold us over comes a new story from Koei Tecmo Games set 100 years before the Legend of Zelda.

Unlike previous Hyrule Warriors games, Age of Calamity has worked closely with the Zelda team on key elements such as game-play direction, graphics, world, and all dialogue.

In this new experience, you can choose between multiple characters and tackle the foes of Hyrule and Calamity Gannon head-on or join forces as a team in local co-op multiplayer to defeat the forces of darkness.

Hyrule Warriors: Age of Calamity will only be available on the Nintendo Switch system on November 20th.

Immortals Fenyx Rising, formerly known as Gods and Monsters until we recently received a bunch of new and exciting information, including its new name.

This game is being described as an open-world combat and puzzle game. There have been a lot of comparisons to Zelda: Breath of the Wild, and from what I’ve seen these comparisons are definitely warranted.  I’ve always wanted more games like Zelda, and on more platforms, so I’m really excited to see a new entry into the genre and to see it coming out on PC, Switch, PS, Xbox, and Stadia

Ubisoft’s Immortals Fenyx Rising is slated for a December 3, 2020 release on all platforms.

The ARPG developed by Counterplay Games and published by Gearbox Publishing is the first game confirmed for release on the PlayStation 5.

Welcome to Aperion – a world on the edge of ruin. As the last of the Valorian knights, a god-like warrior, you will seek legendary armor sets that can transform you into an unstoppable master of melee.

Become a looter-slasher chasing legendary weapons and valorplates… Master third-person melee in high-impact combat… or join one, two, or up to three friends in co-op play.

Godfall is set to be released on PC and PS5 sometime later this year in time for the holidays.